23hrs 55mins and the suspension collapsed.
Challenge yourself, be prepared, don’t assume, have a plan, be adaptable and never give up.

3 weeks beforehand I was offered a drive in the ’96 Nurburgring 24 hours race – a complex track, new car, lack of recent racing – a challenge and opportunity I just couldn’t miss.

But could I do myself justice and not let the team down? 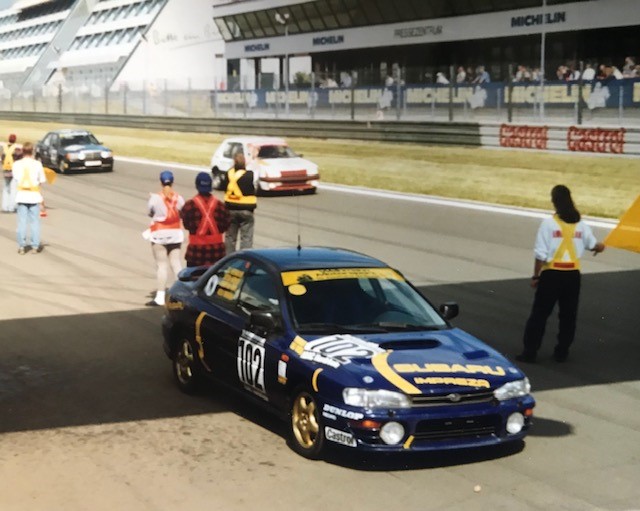 At the time I was working in the Mitsubishi Design Centre near Frankfurt, so meeting the UK team wasn’t possible but driving the legendary 13 mile Nordschleife was! The GP part of the circuit would be learnt at the event itself. With fellow designer Tony Pettman strapped in taking notes, 3 laps were completed before the brakes and tyres cried enough. Not perfect preparation but I gathered as much information as I could to reduce the uncertainties.

Arriving for the race, being a UK team, I had assumed the car would be right-hand drive. It wasn’t.  The track picture in my head had to move by a metre and initially approaching left corners the right wheels were touching the grass and I was missing the clipping point. During my first practice laps, times dropped by 10s of seconds, but I was soon on the pace.

The team’s plan for the race was to coincide the fueling and brake maintenance stops, so 2 hour stints for the 3 drivers for a consistent and fast but not punishing pace. This was a marathon not a sprint.

The race for us wasn’t about outright victory, that was for the works teams and this time included the only female winner Sabine Reck (Schmitz).  We aimed to win our class and after 18 hours the class leader was just over a lap ahead, when an unexpected failure cost us 5 laps or 55 minutes, fixed by our resourceful team who had been awake all night. A top 3 finish became the goal and the strategy changed to longer stints driven flat out.

For 2.5 hours I had the exhilaration of driving quickly around the notorious Nurburgring, through smoke and smell of campers’ BBQs. The ABS failed half way through my stint but still the lap times came down as each lap I learnt more about this incredible circuit. Handing over driver duties the speed was maintained – never giving up. We closed in on 3rd place, when with 6 minutes left the front suspension of the Subaru collapsed approaching the finish line having completed 100 laps.

Our car, the only Mercedes, passed the stricken car to complete 101 laps for 3rd place in class, a great team effort. 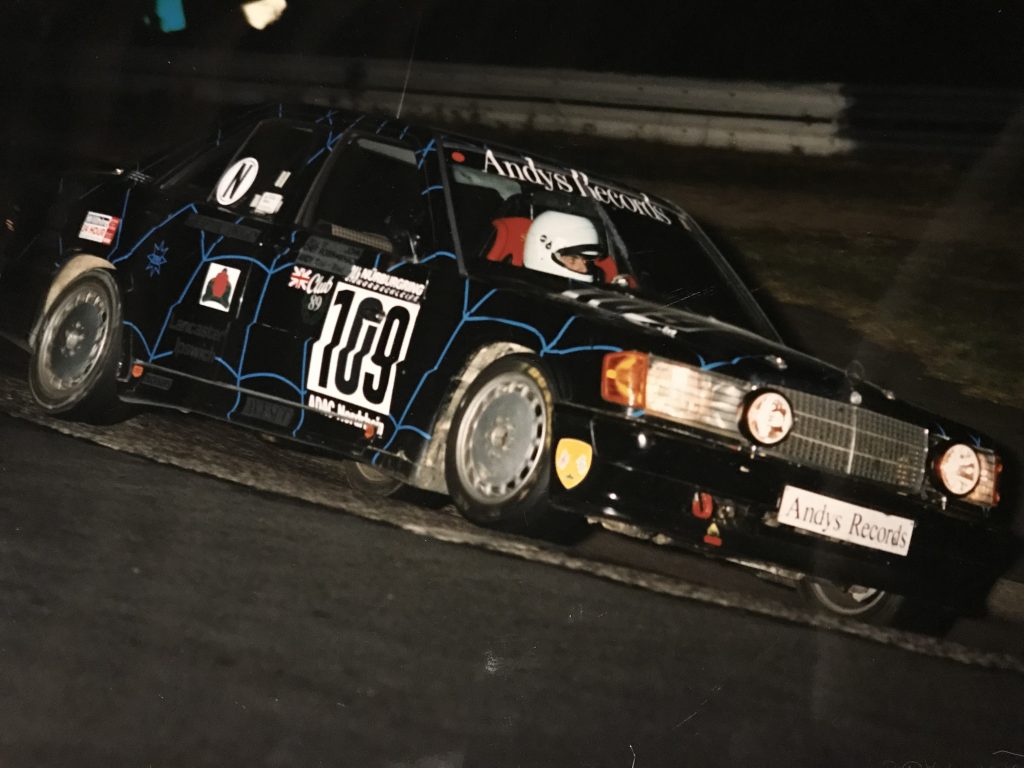 Events outside our control can disrupt our plans, the last year being a perfect example, but at Drive we adapted as individuals and a team, with new methods, technologies, clients and projects.  I often challenge myself, not always successfully, but it can have its rewards, as it did on this occasion.