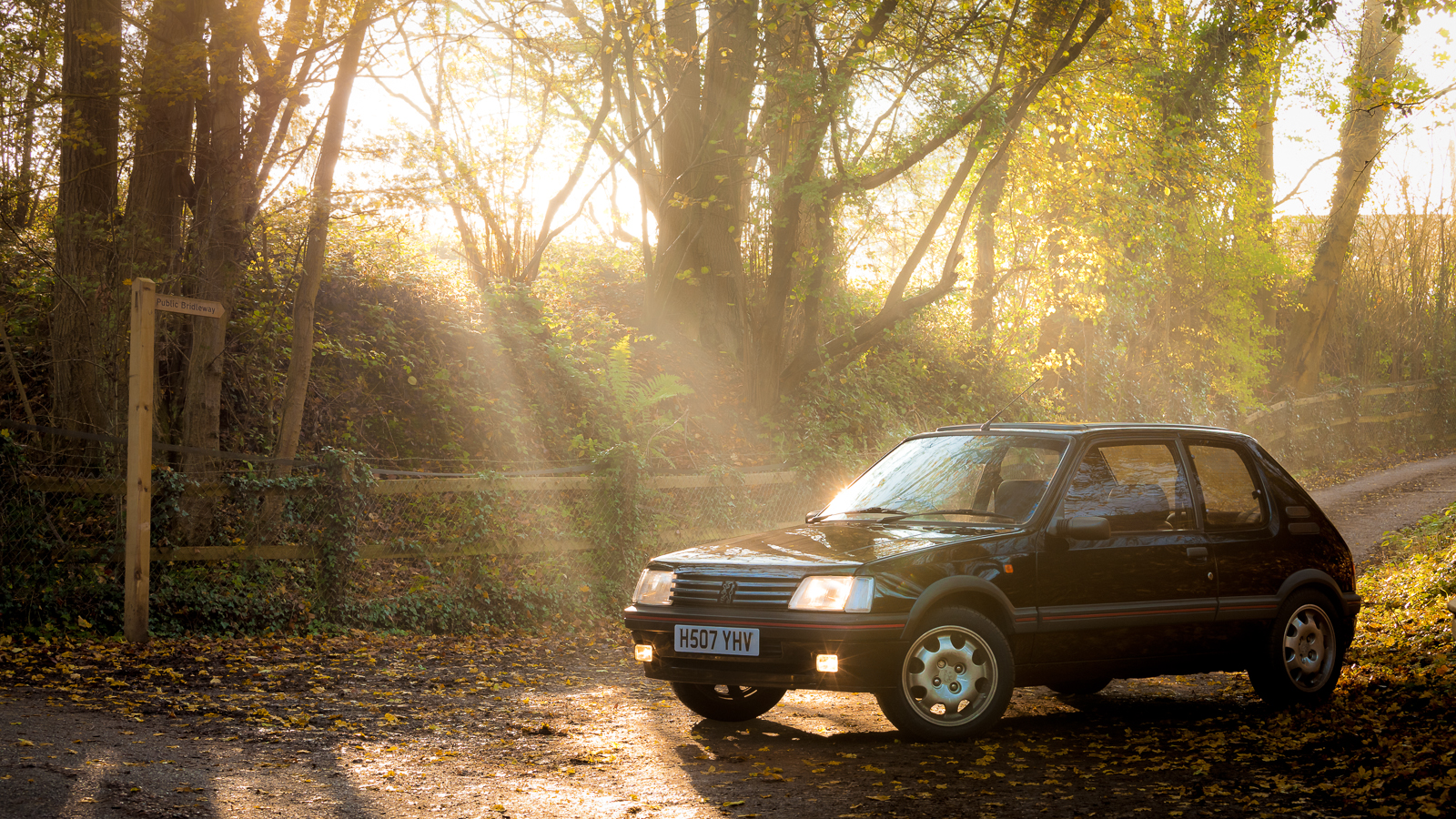 A diversion on my commute with the low winter sun piercing through the beautiful early morning mist, reminded me of the last time I drove this road.  It was with a colleague, who had his lovely Peugeot 205 GTi out of ‘storage’, to take a few photographs while the forest was alive with intense autumn colour.

The car hadn’t been used regularly and was obviously as keen as we were to venture out into the cold, reluctantly coughing and spluttering its way to the forest a few miles from our studio. This only added to the charm of a 25 year old car, but once woken it was itching to blast up the road with a perfect wake of leaves in its trail.

All the classic smells and sounds you’d expect were filling the interior: the distinct smell of ageing interior trim, mixed with the fumes of the engine running slightly too rich. There was the lovely basic clunk of switches with slight vagueness to the doors closing shut, all built in a time before VW et al started damping switches and engineering doors to close with the perfect sound. The engine was running a little rough but with some judicious use of the throttle it pulled strongly up the hills with a lovely exhaust tone. A basic car by modern standards, but one which completely connected on an emotional level.

Had I just been overcome with a huge dose of nostalgia? Perhaps. But it was a beautiful reminder how simple things once were. There were no complications understanding what this car was about: There were no large air vents, large exhausts, outrageously large wheels, or huge bulging fenders that tried to suggest it was more powerful than it was. It was only the addition of the restrained but instantly recognisable wheel arch spats, the red pinstripe graphics, and the all-important ‘GTi’ badge that indicated this was the car to have. 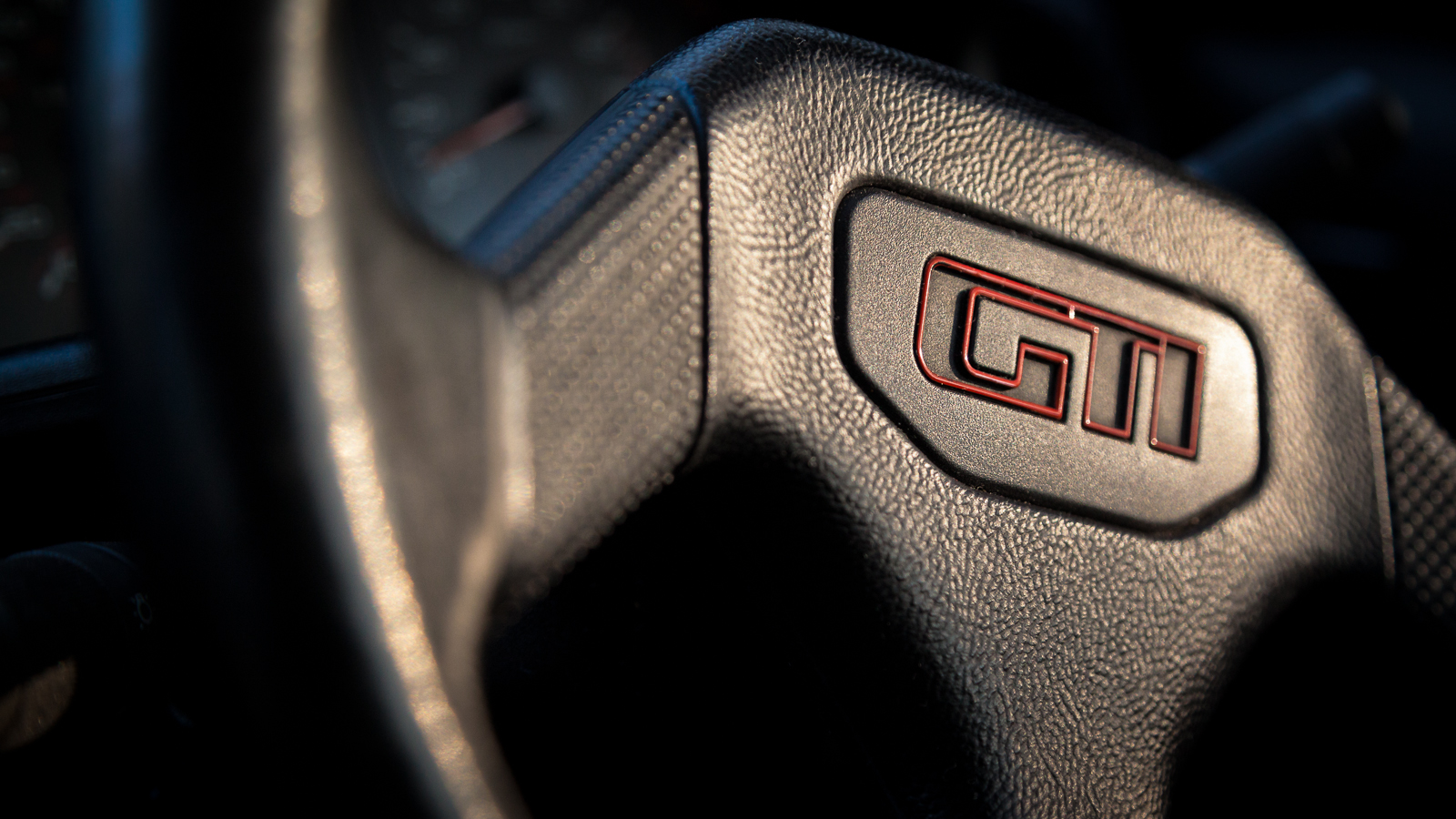 The advertising made little reference to 0-60 times, or power outputs, only referring to how it would literally stick to the corners and boldly claiming how similar it was to a Porsche 911 in terms of driving pleasure. But they were right, so much so its reputation quickly spread through magazine reviews and word of mouth, creating a following that advertising can’t buy. They exceeded on all their promises.

There were no contradictions with the car, and Peugeot got it spot on.

Even now, with a little help from that morning sublime light, the car’s handsome exterior still looks great. With the bright oranges and yellows of the leaves, I couldn’t help but recall one of Peugeot’s most famous car adverts – that of the 205’s older brother, the 405 driving along the edge of a field, literally on fire to the soundtrack of ‘Take my breath away’. 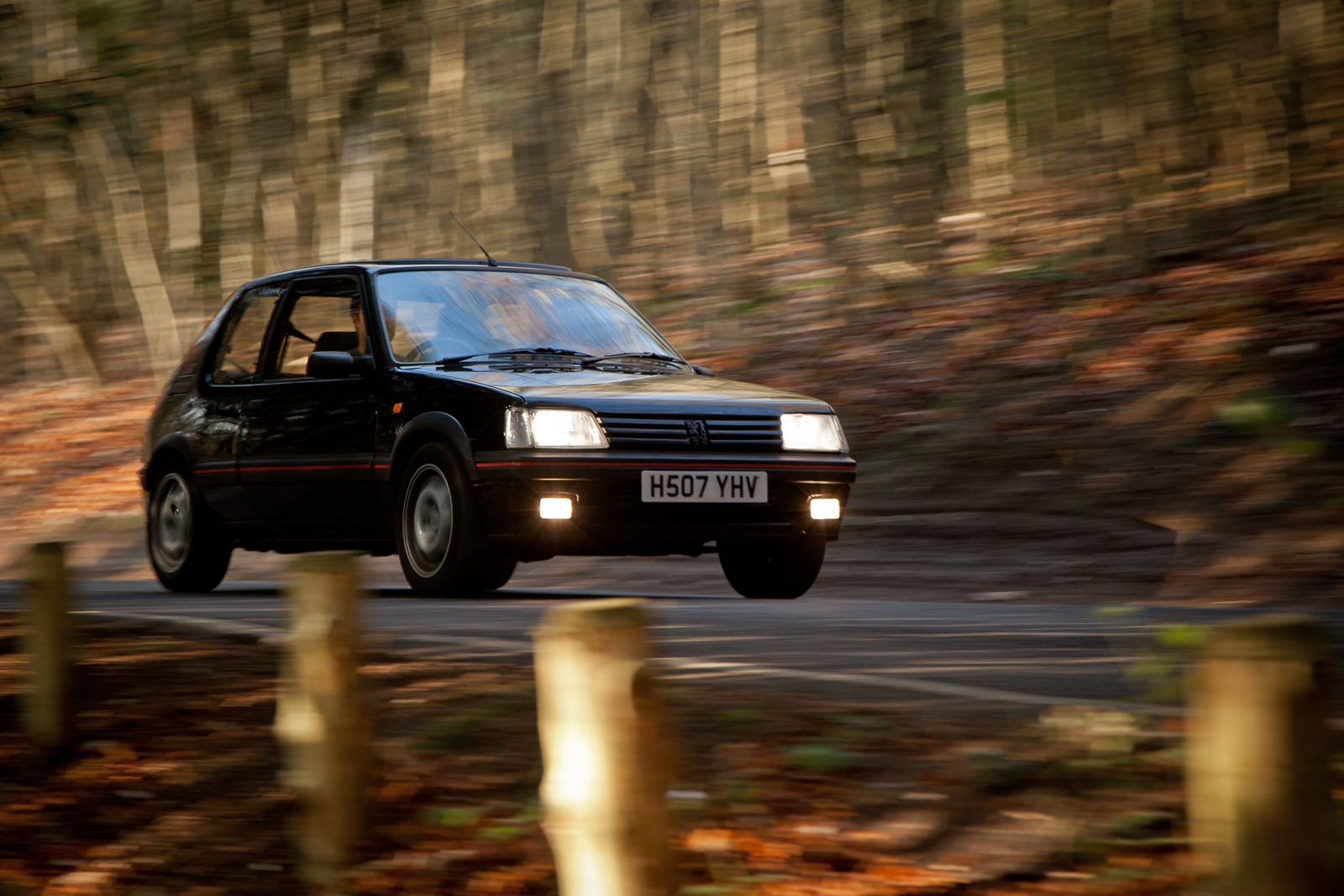 What a backdrop, and what a car. I suspect my colleague will be keeping this example for a long long time.