Massimo Tamburini, 70, who died earlier this week, will be remembered as one of the most influential motorcycle designers of all time, if not the most, having designed two of the most beautiful machines ever made.

The Ducati 916 and the MV Agusta 750 F4, were both penned by Tamburini and were the bench mark for other marques and a large influence on designers of motorcycles that followed. As anyone involved motorcycle design knows, you cannot style a successful bike, you have to design it and Tamburini was well known for his innovation in motorcycle chassis design, as he said “When the designer doesn’t have a good understanding of the mechanical side of things he can never design a good product.” 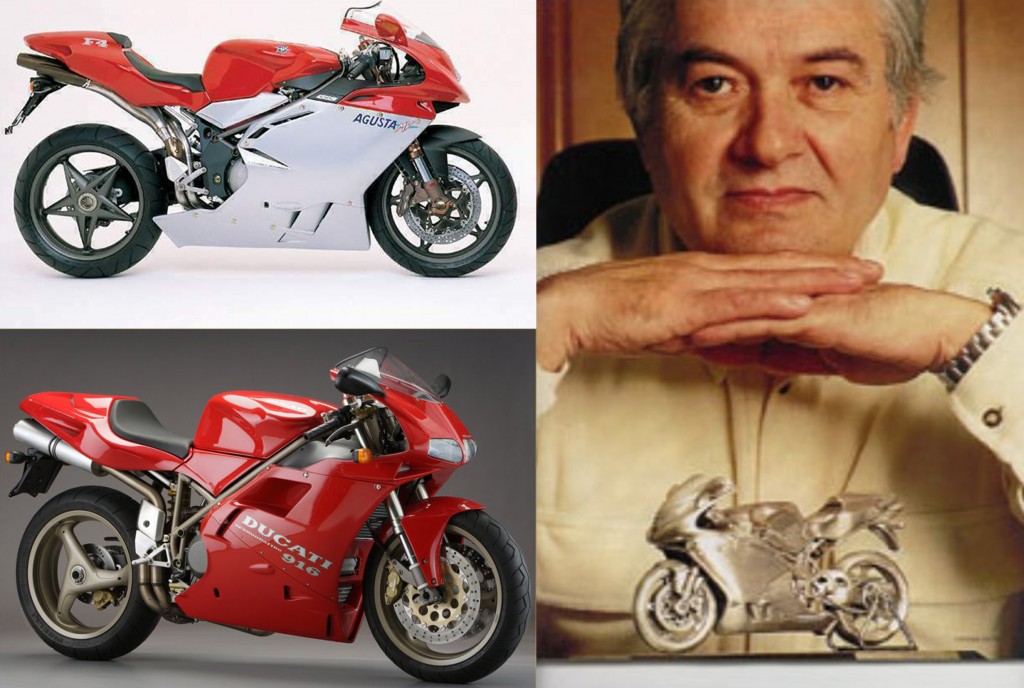 It was this inbuilt awareness of the relationship between performance, handling and appearance that was his greatest strength. His obsession of motorcycles from an early age, his in depth knowledge from fabricating his early frame designs, and his enjoyment from being a enthusiastic rider all came together for him to understand how to engineer a bike.  His commercial awareness, from being one of the founders of Bimota, meant he realised the importance of form to sell bikes in the market place.

His passion for motorcycles, is probably best summed up in his quote about working on his favourite creation the MV Agusta 750 4F, “I was so scared I would die without designing the bike.”