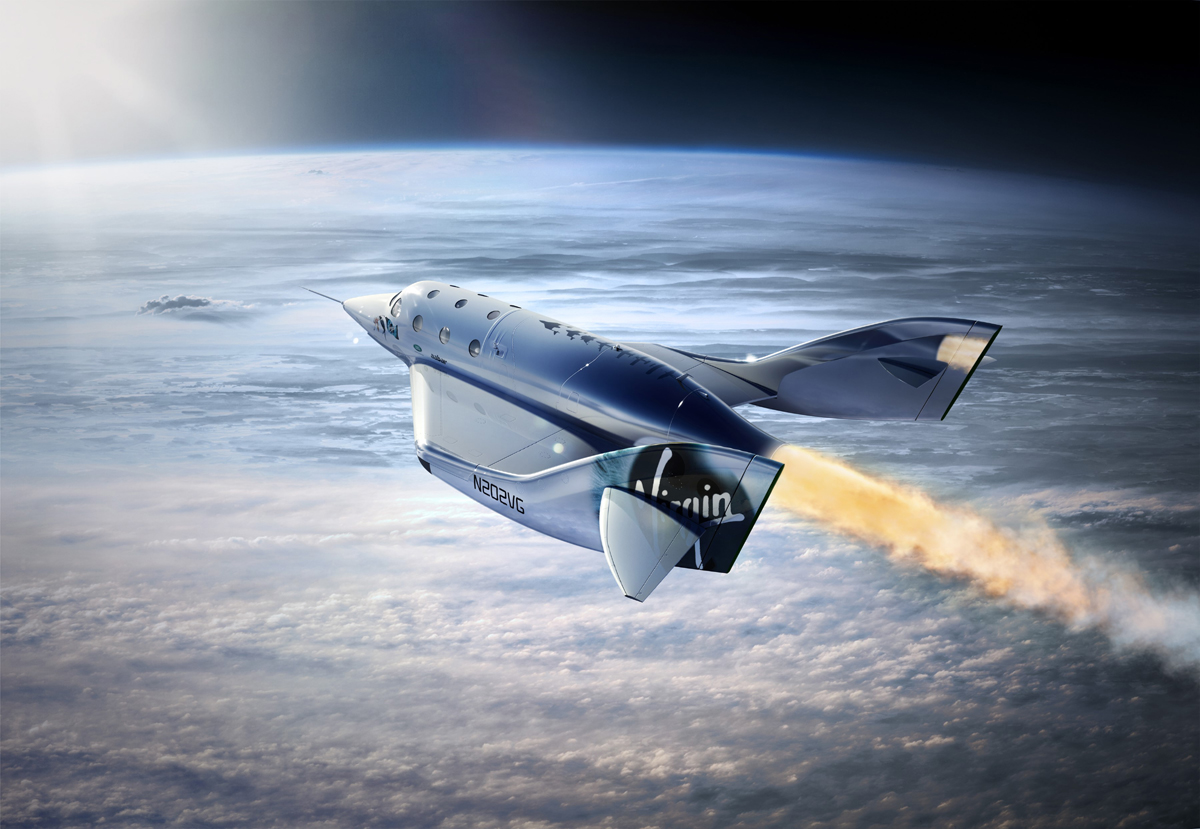 Imagine positioning a camera when you don’t know the exact position of the subject, you do know it won’t be there for several months and the client is demanding an image within 3 weeks.  So you decide on the CGI route only to discover that there is no data available of Virgin Galactic’s Space Ship Two.  That is the scenario we faced to create Virgin Galactic landing cgi visuals.

As Richard flew out to the Spaceport America site in New Mexico to capture the back plates and HDR images for domes, Drive’s expert team of modellers got on with creating the 3d data Spacecraft from scratch using information gleaned from the web.

Richard’s photographs were transferred to the studio before he had said his farewells, and Drive’s creative team set about finalising the environment using early volume models in the scene to match camera angles ready for further creative input.

The digital 3d model was completed, textures and finishes applied and then dropped into the virtual environment.  Once the creative direction and images were completed, the final retouching was applied.

No chance? On release, on time, on budget.