The Power of “And”… Goodwood Festival of Speed 2022

The Power of “And”… Goodwood Festival of Speed 2022

Thoughts and musings after an amazing Goodwood Festival of Speed 2022 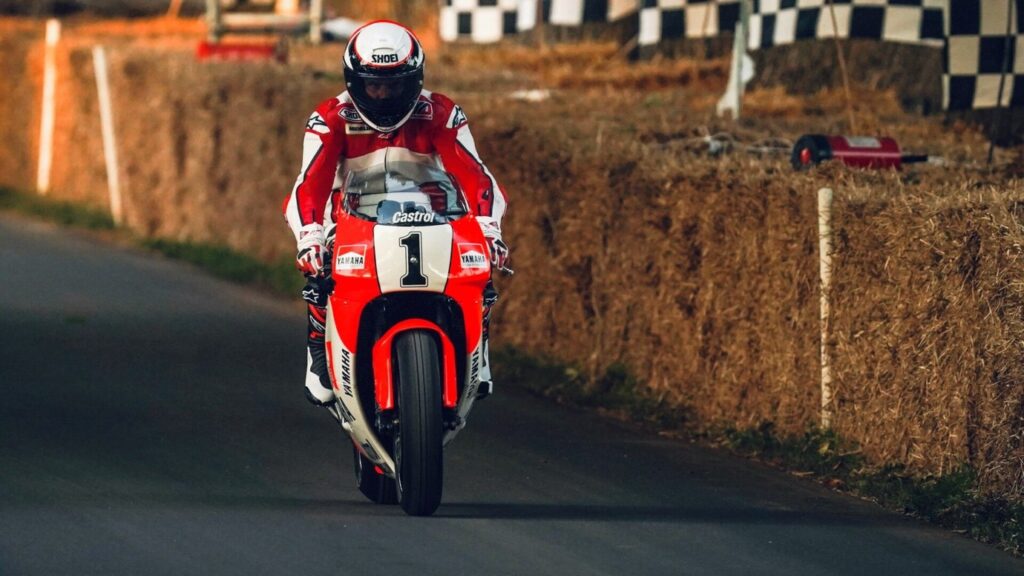 Goodwood, on a sunny Friday, is possibly the best way to end a week.  Aside from seeing Wayne Rainey ride again (that in itself was worth the ticket price) this year’s Goodwood was a marvellous celebration of the past, the present and the future.  Charge had their ’67 fastback Mustang, complete with 21st Century interior and power train, the reborn electric Renault 5 was sparkling and gleaming at the heart of Electric Avenue, and the McMurtry Speirling fan-car set a mind-boggling time of 39.08 seconds to get up the hill. 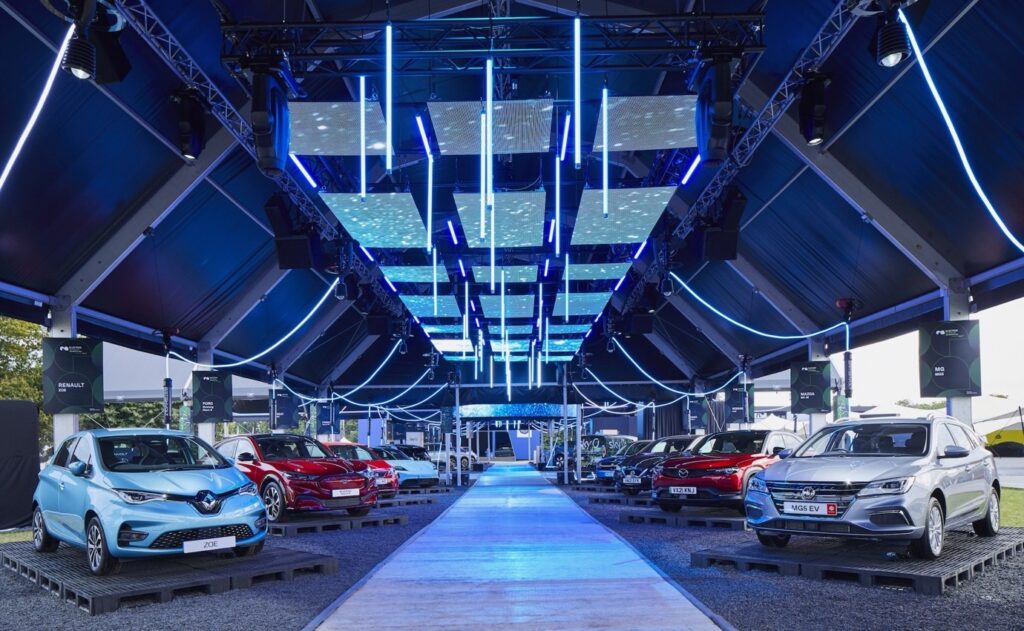 Electric Avenue this year was wall-to-wall OEM, showing how far the adoption has come since the first Tesla Roadster kick-started it all, and how far the technology has moved forward.  The likes of KIA, Citroen, Renault, BMW, Volvo, Vauxhall, Skoda and Ford all had their latest EV models on show, compact sleek designs offering enormous cabins space and, most importantly, charge-range that will not induce heart palpitations for any journey over a significant distance.

The ‘new faces’ in Electric Avenue were the likes of Fisker with their Ocean SUV, ElectraMeccanica with their Solo EV, the Lucid Air and a dazzle-camo Polestar 5 – the production version of the Precept revealed at last year’s Goodwood. The new R5 from Renault, like many re-launched models, is considerably bigger than its predecessor, while conversely both the Fisker Ocean and Lotus Eletre were slightly smaller than I anticipated, in a rather refreshing way. 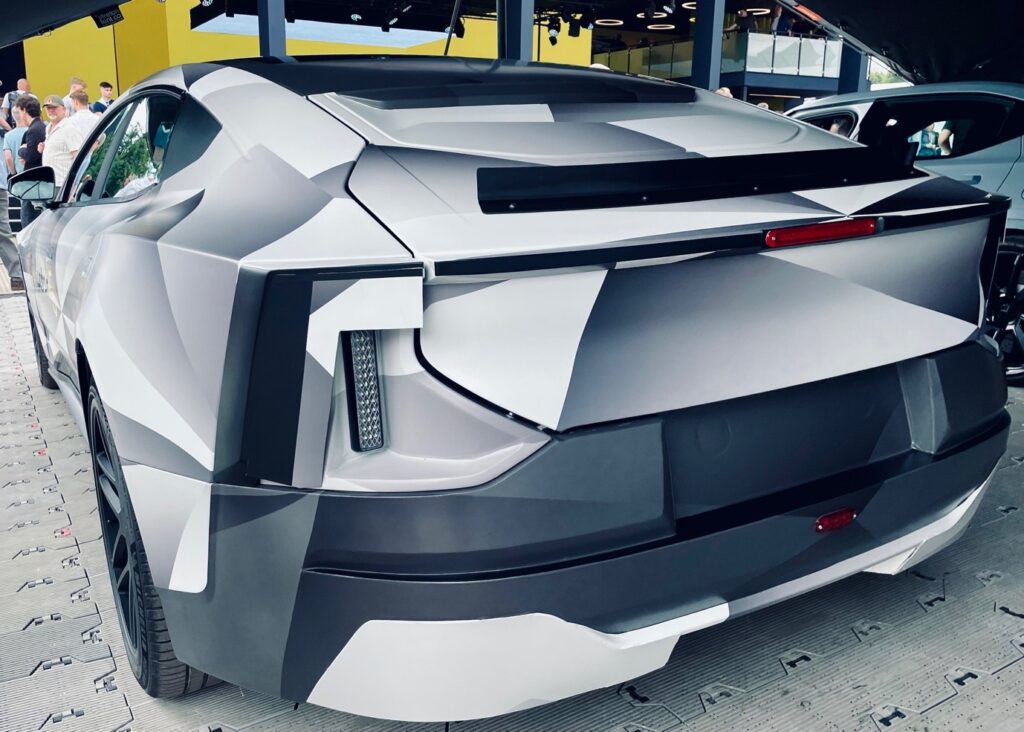 At the Gensis stand was the outstanding X Speedium, while in the ‘First Glance Paddock’ the G80 sat alongside Charge’s ’67 Fastback Mustang, the Rivian R1T, and an Alpine A110 Tour de Course 75. 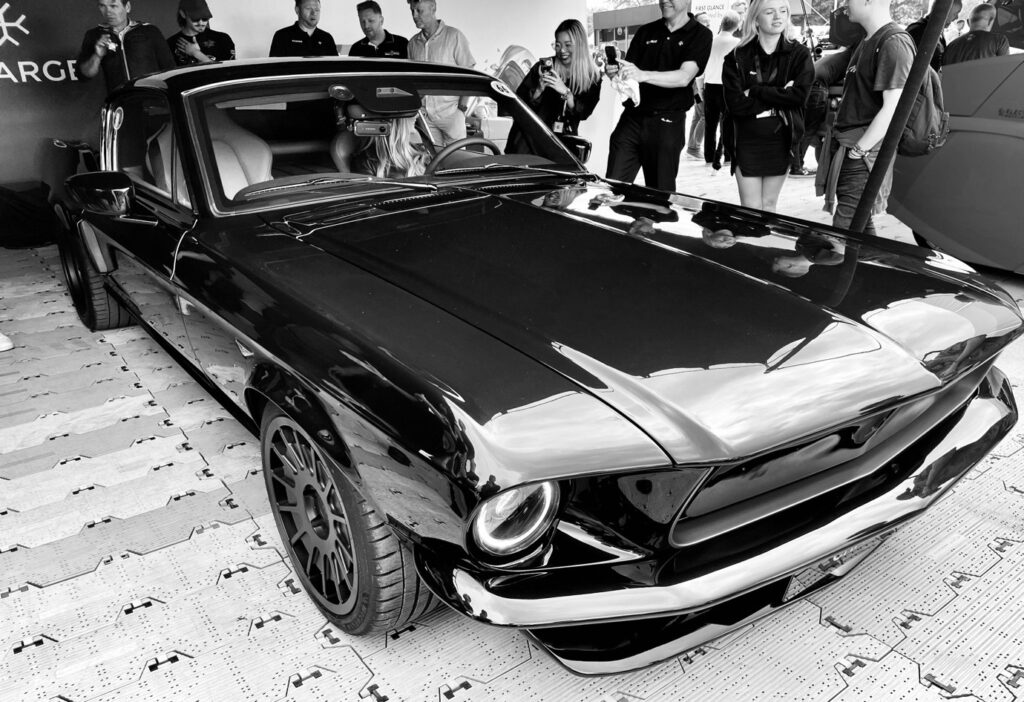 The thing that really struck me this year though was how many new technologies were on display – new manufacturing processes, new materials (both for exterior and interior), even a new fuel system in the form of the Viritech Apricale with an amazing lightweight hydrogen fuel cell platform. Traditionally hydrogen power cells have been heavy units designed to extend BEV platforms.  Viritech’s approach flipped that on its head and introduced lightweight composite and resin fuel cells, reducing the demand on rare minerals for the battery and significantly reducing weight to an astonishing sub-1000kg. 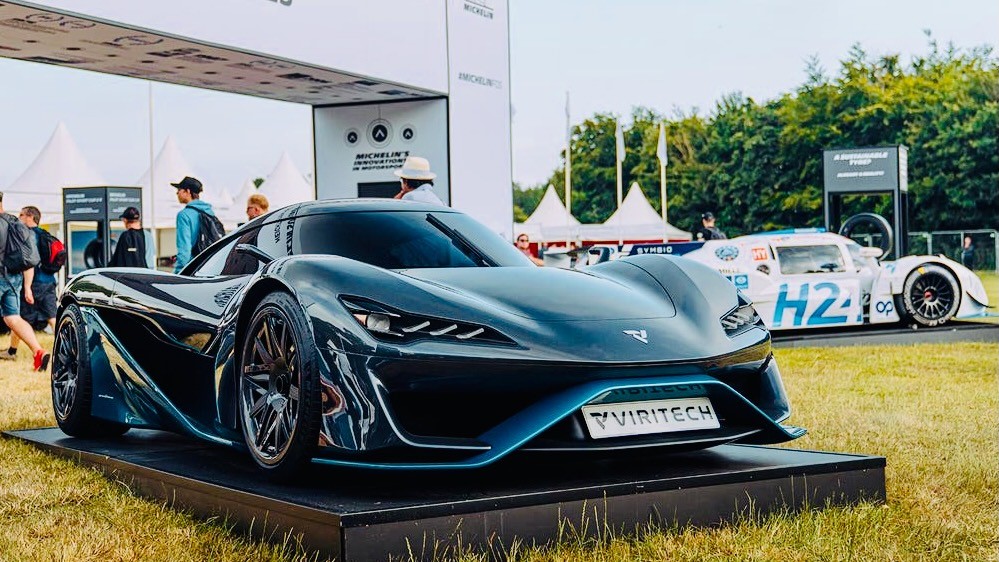 The Czinger 21C’s aluminium and magnesium components are all 3D printed, and the design team utilised AI to help determine which materials to use and where.  While this may be one of a few hybrid cars on show this year, the adoption of 3d printing and AI in the design process could well be a game-changer in how the industry does things in the future.

Polestar presented the Polestar 5 – the ‘precept’ turned into a production model – that uses natural fibres in the composites rather than carbon, and the O2 Roadster where their design team adopted an entirely new approach to delivering a sustainable product, abandoning multi-material construction where possible and embracing mono-materials; instead of multiple materials that all present challenging recycling options, interior components, like the dash, are formed out of one piece of thermos-plastic that can be recycled again and again and again. 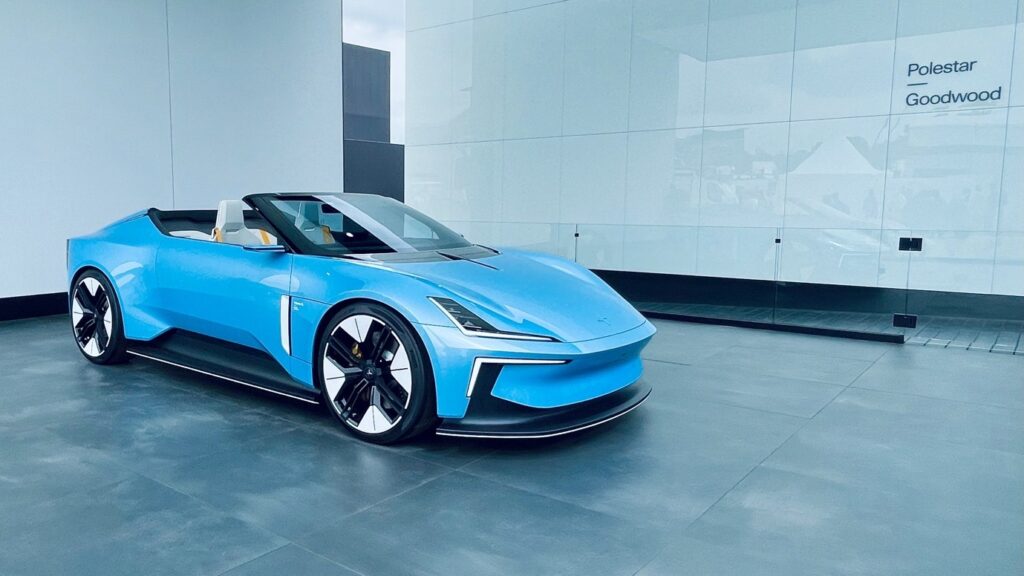 The Fisker Ocean is aiming to be the most eco-friendly car in the market.  With an earth-friendly vegan interior that relies heavily on recycled products mainly sourced from the sea (hence the name) ranging from plastics and rubber to old t-shirts and ghost-nets.  A SolarSky roof harvests energy while driving to power the car, and even rolls back alongside all the windows (yep – even the back window) when in “California mode” to let the breeze just flow through the car.  Note to dog owners – keep Rover tethered, an open rear window is an enticing escape route. 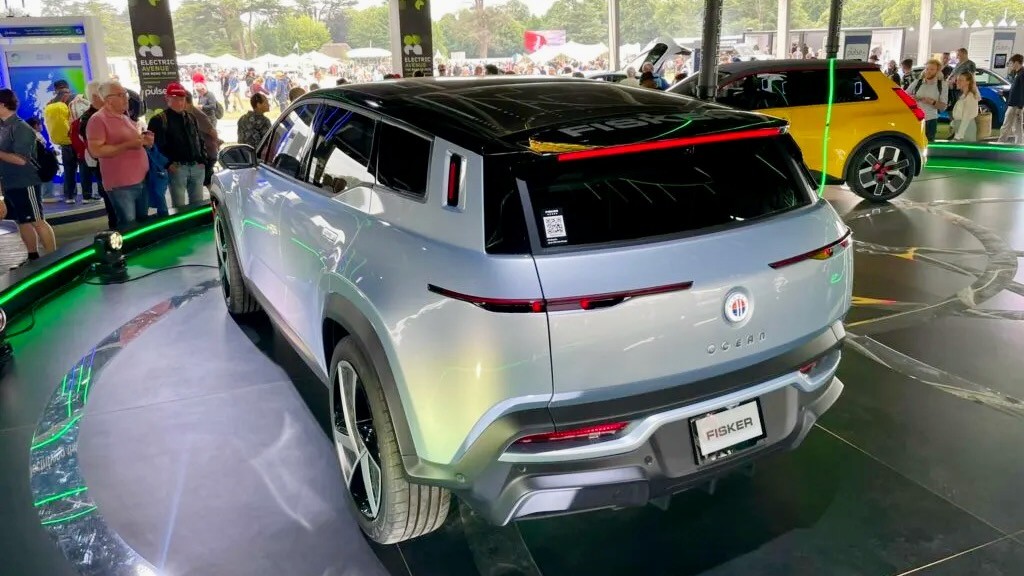 All this leads me to the title – the power of “And”.  Throughout the day I found myself having exciting, positive, optimistic conversations with people.  They were seeing amazing products coming as a result of design teams engaging with the concepts and principles of circular-design.  Striving to ‘create’ without leaving a trace, and without exception there was a feeling that all of the solutions being presented had a valid voice contributing to the conversation.  EV is not the only route, as the Viritech showed.  Natural-fibre composites and mono-materials offer a much simpler recycling path.  3D printed components mean less waste in production.  Ethically sourced and managed supply lines sit side-by-side with recycled materials in placing no strain on fossil resources.  I didn’t get the impression that any one of these things is a magic bullet, more that our way forward will require all of these things and many new ones.

Added together, they offer something greater than any one could achieve on its own.  Very much a case of “And….not Or”.